The Government Culture Ministers in England, Scotland, Wales, Northern Ireland and the Republic of Ireland were unanimous in their praise for the outstanding amateur arts groups honoured this week by the 2013 EPIC Awards. 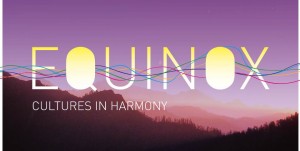 Congratulations and thanks to everyone who made the City of Birmingham Choir Equinox Project such a huge success and to EPIC for awarding it England Runner Up. Feedback from both audience and performers was brilliant:
“Multicultural Birmingham at its best”;
“I felt as excited as if I had been singing myself”;
“Fabulous concert, really blew me away”;
“Still coming down to earth after the buzz of Saturday, the final piece still ringing in my ears”;
“Hugely enjoyed it and was thrilled to see how everyone else felt the same”.
The concert received a 4 star review in the Birmingham Post.
EPIC Awards press release: HERE