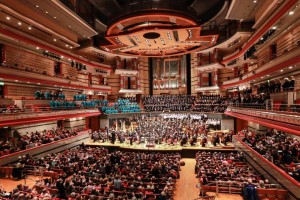 “I doubt anyone has ever heard Mahler’s “Symphony of a Thousand” given with that number of musicians, but I guess Birmingham Philharmonic Orchestra’s amazing presentation under Michael Lloyd on Sunday came somewhere near the forces employed by Mahler for the Munich premiere of this Eighth Symphony in 1910.”

Choir of over 300 (City of Birmingham Choir and University of Birmingham Chorus plus children’s choir, BPO (in marvellous form) of over 140 players, eight soloists – all under the baton of Michael Lloyd celebrated BPO’s 75th anniversary in style on Sunday 6th March. Read MORE.