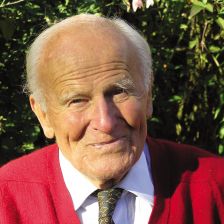 We are sorry to hear of the death of Sir David Willcocks (on 17th September), a giant of the world of choral music. David Willcocks was conductor of the City of Birmingham Choir 1950-1957, later taking up his famous roles as director of King’s College choir, Cambridge, and The Bach Choir, as well as editing the Carols for Choirs books. Sir David kept in touch with us, recording a message for our 90th anniversary.

…At Birmingham he gave noted performances of Tippett’s Child Of Our Time and Britten’s Spring Symphony, together in 1952 with the first English performance of Maurice Duruflé’s Requiem…
(The Independent)

New Season gets under way

Tuesday September 8th sees our first rehearsal of the new season. Find that pencil, queue up to be issued with music, chat to those fellow choristers you haven’t seen over the summer break…

A friendly choir that loves to sing – that’s the City of Birmingham Choir, as it has been since it’s foundation in 1921.

A tuneful and attractive season of concerts awaits the concertgoer, so do book tickets without delay!