We were delighted to perform the world première of our composer-in-residence, John Barber’s, The Rain Queen. Now, we are delighted to note that this video is available for your enjoyment. Read more, below. 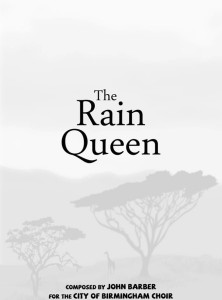 In our fantastic Zimbe! concert on 14th June 2015, we gave the world première of a very special new work by musician and City Choir bass John Barber, The Rain Queen. This is not the first time the choir has premièred one of John’s compositions. In 1994, when John was 14 years old, he won a competition to compose a carol for the choir’s Christmas concert. It was the start of a long lasting relationship with the choir and John has been a member now since 1997. John is a professional pianist, composer, music teacher, and choral director. Here John gives an insight into how he came to be asked to write the Rain Queen and the inspiration behind the work. 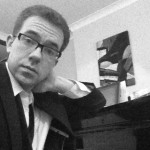 “In early 2014, Adrian Lucas asked me if I would be interested in writing a 12 minute work for City Choir’s Zimbe! concert. I felt extremely privileged to be asked and said ‘yes’ almost immediately. What I wasn’t expecting was the brief which Adrian gave me for the new work. He was interested in music that had an ethnic and percussive feel; music that wasn’t heavily set in western style or harmony. This was a healthy challenge for me, so much so it took me a few attempts to get close to what he was looking for. The choir has engaged very positively with the piece and transported what was once a small idea in my mind into what I hope will be an exciting concert opener. 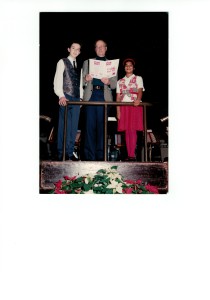 The work opens with a narrator giving the audience an insight into the Rain Queen. She is a real life Queen over the Balobedu people in South Africa. The narrator continues to describe the annual Rain Dance which happens in November whilst the choir becomes a special effects team creating sounds of nature, the whispering villagers and a mysterious soundtrack. The piece then sinks (musically and metaphorically) into the middle of the Rain Dance, where the choir acts as the tribe calling for the Rain Queen to arrive. The first movement ends with the Rain Queen arriving in all her mystery and power.

The children in the Balobedu tribe play a part in the Rain dance, running around the village playing drums and singing songs. This was the inspiration for the second movement, where we glimpse a child’s reaction to rainfall and nature. I love the idea of the children being able to jump over the moon and stars when they see their reflection in the puddles. 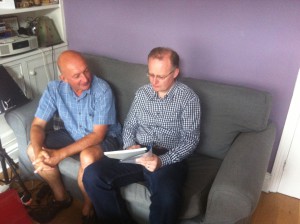 Poet and Actor rehearse the poem

Some of the songs that the tribes sing are about people in the world coming together and living as one. This became the inspiration for the third movement. Here the choir sing as people from around the world giving thanks for nature and recognising that our roots are likely to be from Africa. The lyrics are a mixture of Zulu and Swahili words which are all connected with singing and instruments. The rains then appear with the choir creating a magical and powerful rainstorm. The final few bars are the tribe dispersing into the distance, relieved that the rain has come.”
================================================================
This concert also formed part of our Voice Factory project, Voice Factory 7, continuing many years of working with young singers. They had a special part to play in The Rain Queen, as well as in Zimbe!. 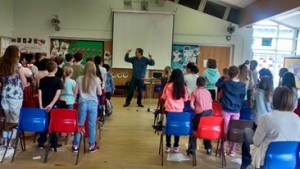